Barry Humphries received his CBE from the Queen today reports the Daily Mail.

Regarding his little chat with the Queen he said that: “Les wasn’t mentioned either. He’s already a knight but I’m not certain it’s legal.”

Is this the first time that the validity of Sir Les’s knighthood has been questioned? 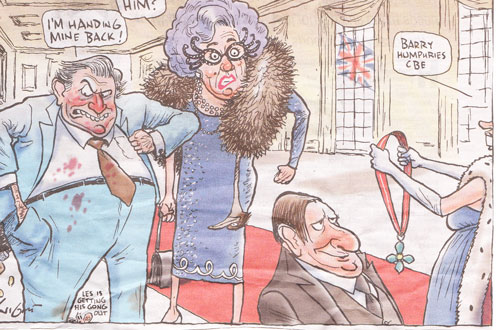 Rod Baxter at Beyond The Billabong has posted the Herald-Sun cartoon by Mark Knight (original 3.3 MB).