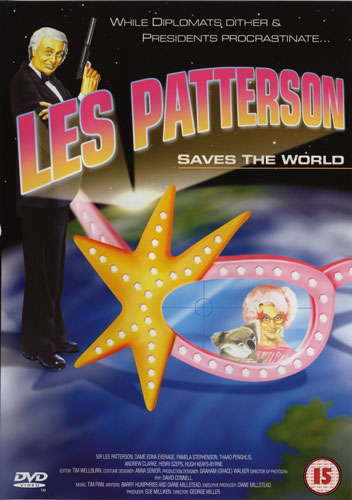 Follow the uproarious adventures of Sir Les Patterson, Australia’s Ambassador to the United Nations as he mortally offends the leader of AbuNeveah, an oil-rich Gulf State, in a packed General Assembly. Sir Les is sent by the Presidents of the USA and Australia to use all his ‘charm’ and ‘diplomatic finese’ to placate the vengeful dictator. But wherever Sir Les goes, trouble is not far behind, and he has to use all his native Aussie cunning to win through and avoid getting sucked into AbuNeveah’s unstable politics. Luckily, Dame Edna Everage on one of her famous world tours, is on hand to help him in his time of need and together they risk life and several limbs in the pursuit of ‘Fair Play’ and ‘The Australian Way’. 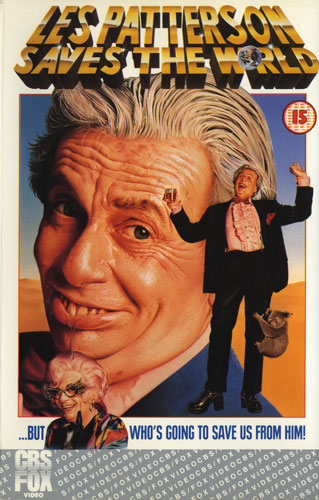 At last… It’s here. The cinema event success of the century!!

The film that brings to the silver screen two of the world’s most outstanding legendary mega superstars - Dame Edna Everage and Sir Les Patterson K.B.E. in a story which, until now could never be told. It’s a brave story of truly heroic proportions, in which a diabolical plot to hold the entire world to biological ransom is revealed.

Together, Les and Edna (an undercover C.I.A. operative on a ‘Possums for Peace’ Tour) risk their lives and the future of the entire human race whilst trying to thwart a horrifying evil about to be unleashed on an unsuspecting world… 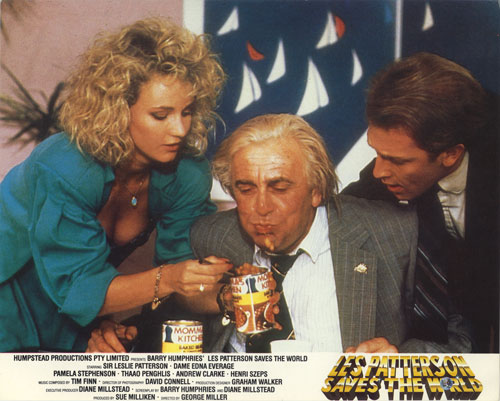