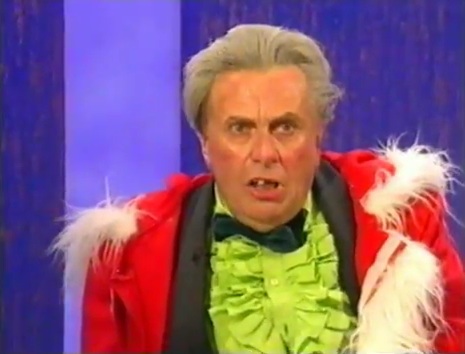 Another clip of Sir Les on Parkinson has been uploaded to YouTube. This time Sir Les is in a festive mood with fellow guests Martine McCutcheon, Tom Jones and Alistair McGowan. It appears that only Sir Les was appropriately dressed for the season.

As usual Sir Les is full of facts gleaned from years in the diplomatic community. Who would have known that Astrid was Scandinavian for astride!

But it’s Lady Gwen who becomes the main topic of conversation.

She’s nice but she’s boring. She could bore the arse-hole in a wooden horse my wife. I mean that lovingly.

Because she gets lonely Sir Les bought her a little dog. Over time the dog stopped responding to her whistle due to an excess of hair in it’s ears. Sir Les suggested buying some hair removal cream from the chemist. Before Gwen could explain the chemist said: 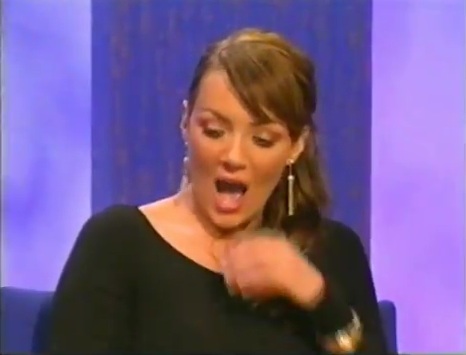 It’s only when Parky is winding things up that Martine glances over at our hero and cops an eyeful of his trouser snake. Are you with me?

Tom’s got a bit of competition tonight.