Live & Rampant! Les Patterson Has A Stand Up 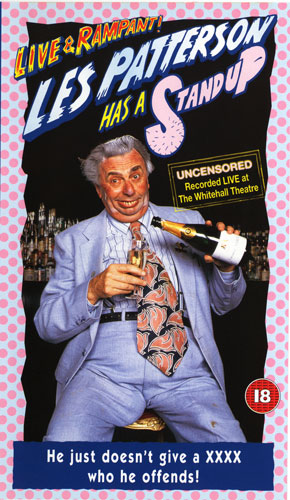 G'day Britain. I’m Back In Action!

YES! Sir Lesley Colin Patterson, international diplomat is back, and I’m letting it all hang out on my very own HARD-CORE, LIVE, SEX EDUCATION VIDEO for troubled adults and dysfunctional drinkers.

Not only that but I’ll tell you how I personally nabbed the Olympic Games for Sydney 2000, used my diplomatic charm on the French Frogs and cheered up Little Di.

AND with a helping hand from my own personal smörgasbord of hornbags, THE GORGEOUS LESETTES, I’ll teach you how YOU too can make a woman supremely happy. (Are you with me?) NO WORRIES!